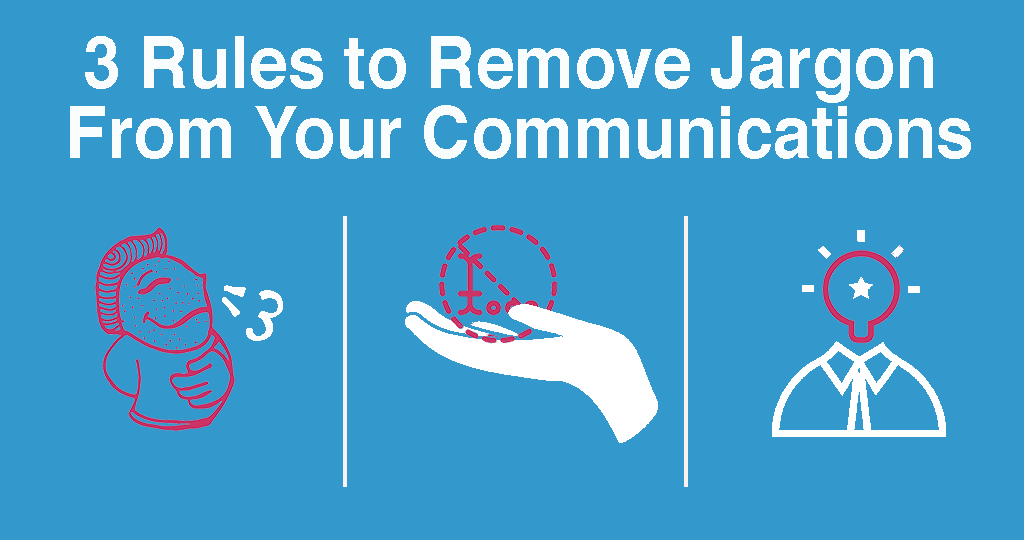 I worked with a friend who had a tough time communicating his ideas.

He described the first step in building software as a “wireframe.” I asked him what he meant.

“You don’t know what a wireframe is?”

“Seriously! Everyone knows what a wireframe is.”

We debated if wireframe is well-known. I finally asked him what it was and he said, “It’s how you want your app to look on the screen. What do you want to see on the screen? Can’t believe you don’t know that.”

About a week later we went to a client’s office. He started telling the client that we needed to get his wireframe together.

The client stopped him and said, “Wait. Stop. First I need to know… what’s a wireframe?”

My friend looked at me as if saying, “I hate that you are right.”

The root cause of this poor communication is because my friend used jargon.

I started playing around with Rivier University’s Business Jargon Generator.

Here are some entries:

Wow! Those are awesome. And none of them really say anything!

Sadly, people actually communicate this way in businesses across the country. Some people even explain their products and services like this to their customers!

What is Business Jargon?

Business jargon is one of the most prevalent problems in corporate America and small businesses. Jargon leaves employees and customers confused. It limits people’s understanding of whatever topic is being discussed. When someone uses jargon, their message is not precise.

Business jargon is when someone uses specialized words or vocabulary in speech or writing that is only known to a specific group, department or industry. The language is unclear and not precise. Jargon is associated with larger words that are not specific or have very much meaning. When someone communicates using jargon, the person receiving the message cannot fully comprehend the meaning or action needed to take because the words are ambiguous and vague.

How to Stop Using Business Jargon

The best way to stop using jargon is to stop using words that other people do not understand. With every word you speak or write, you need to communicate it at a sixth-grade level. Here’s why.

Not everyone has command of the English language like you. Some people speak English as their second or third language. Why do you have such high expectations for others?

I debated this in corporate America. One guy said, “We have doctoral degrees, why do we need to stoop so low?”

This is not only arrogant but also disrespectful to your audience.

Words also have different meanings in different fields of business. The more specialized someone is… the more this person will speak a different language from common English.

So, don’t use words that are only used in a specialized field. Would your grandmother or a sixth grader understand all the words you are using?

Reason #3: Easy on the Brain

It’s just easier for everyone to understand simple words. Period. End of story.

It’s critical that we use the most common language among us.

Do you know what pretense means? Avant-garde? Hamartia? Precipice?

Even if you know these, I bet you had to pause for a second to understand. You had to do work to translate the meaning.

We don’t want people working when we are trying to influence them. Instead, we want people to truly hear why we are unique and different. They will never hear a value proposition if it ain’t clear.

3 Rules to Remove Business Jargon from Your Communication

So here are some rules when creating a message for your customers.

Do not string big sophisticated words together. My friend told me about his new project. He calls it a “Patient Management Relationship System.”

But it’s merely a service that sends automatic emails to a patient on behalf of a doctor.

Which one do you understand immediately?

Don’t use words just because it’s ingrained in your culture or circle of friends.

When I worked in corporate America, they used ridiculous words all the time: operationalize, strategic imperatives, and innovate.

Operationalize? Imperative? This sounds important! I’d get stuck because I didn’t know how to operationalize anything…  I didn’t even know what an imperative was.

But then I realized their meaning: “Do this new assignment.”

Which one is easier to understand?

Don’t try to sound smart. One executive I consulted wanted to launch a new business product.

He went rogue and was trying to cram it up the chain of command. He came to me because he knew he needed a good message. It was a platform— another corporate-speak word— that helped sales managers at the company.

He said something like, “Employees will have a discovery process of key information and cognitively discern rationally for the customers.”

He was doing his best to sound smart. But what in the world did he even mean!?!

What he meant was, “Think.” Employees will be able to THINK and make better decisions based on the information they now have because of the new ‘thingamajigger’ he’s making.

Which one is easier to understand?

I told my friend who was making the thingamajigger’ that we needed to “dumb it down,” which is actually inaccurate. It was pretty dumb how he said it. What we need to do is make it succinct. And that’s more difficult than it sounds.

Use normal words everyone can understand. Not everyone understands English like you do. Don’t use words the common person—like your grandma—will not understand.
Don’t string a bunch of words together to sound smart.

If you find yourself using words your grandma would not understand… simply do what I did with my friend who said he’s working on a “Patient Management Relationship System.”

Ask yourself, “What do I mean by that?”

Keep asking this simple question until you can no longer simplify your point. It might take three or four times to get it stripped down to its core meaning.

So just keep asking, “What do I mean?”

Then the ultimate test is the grandma test. Can your 80-year-old grandma understand your statement? If not, you have work to do.